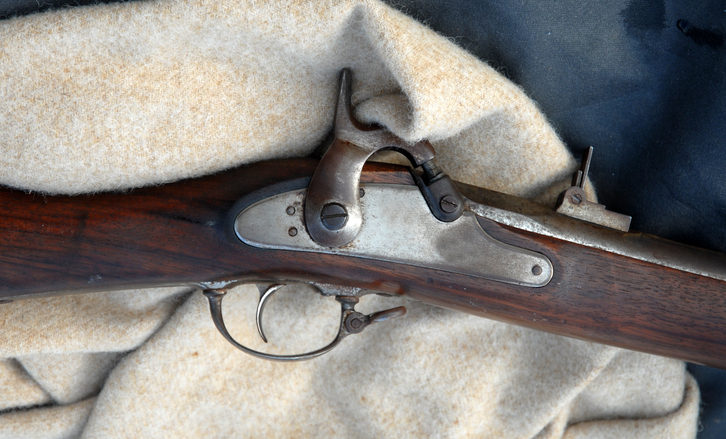 The history of guns in America has a timeline as rich and diverse as the country itself. At the heart of this history, is the flintlock musket from the 17th and 18th century. The musket is an early, shoulder-fired firearm that became one of the most famous guns in American history due to its heavy usage during the 1800s. Let’s take a look back at one of the most historic American firearms that helped it turn into the great nation it is today: the musket.

As far as the evolution of guns goes, the musket that many people recognize for its use during the American Revolutionary War traces its roots back to the European arquebus from the 1400s. As with many early firearms, the arquebus had its shortcomings, namely that it didn’t pack the type of power that an infantry unit was in need of. The arquebus was eventually developed into the musket, which started out large and cumbersome but eventually became lighter and maneuverable, effectively replacing the arquebus.

The gun many people picture when they hear the term musket is the Charleville. This .69 caliber flintlock musket was imported in large numbers from France during the American Revolutionary War and served as the backbone of America’s first infantry units. The Charleville muskets were lighter and easier to carry than previous models, but still retained the power that made them such popular guns both on the battlefield and as target shooting guns.

If you’re wondering to yourself, “Where can I learn how to shoot a gun in Las Vegas?” or “Where is a target shooting range near me?” wonder no more. Book a gun range package at the Vegas Machine Gun Experience and shoot some truly amazing firearms and maybe even learn some cool new target shooting range games.